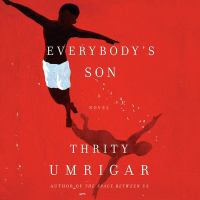 CD Audiobook
The Harvard-educated son of a US senator, Judge David Coleman is desperate to have a child in the house again after the tragic death of his teenage son. David uses his power and connections to keep his foster son, Anton, with him and his wife, Delores--actions that will have devastating consequences in the years to come. Following in his new family's footsteps, Anton too rises within the establishment. But when he discovers the truth about his life, his birth mother, and his adoptive parents, this man of the law must come to terms with the moral complexities of crimes committed by the people he loves most.